The playful Swedish studio behind Forge and Fight! on levelling-up its marketing effort 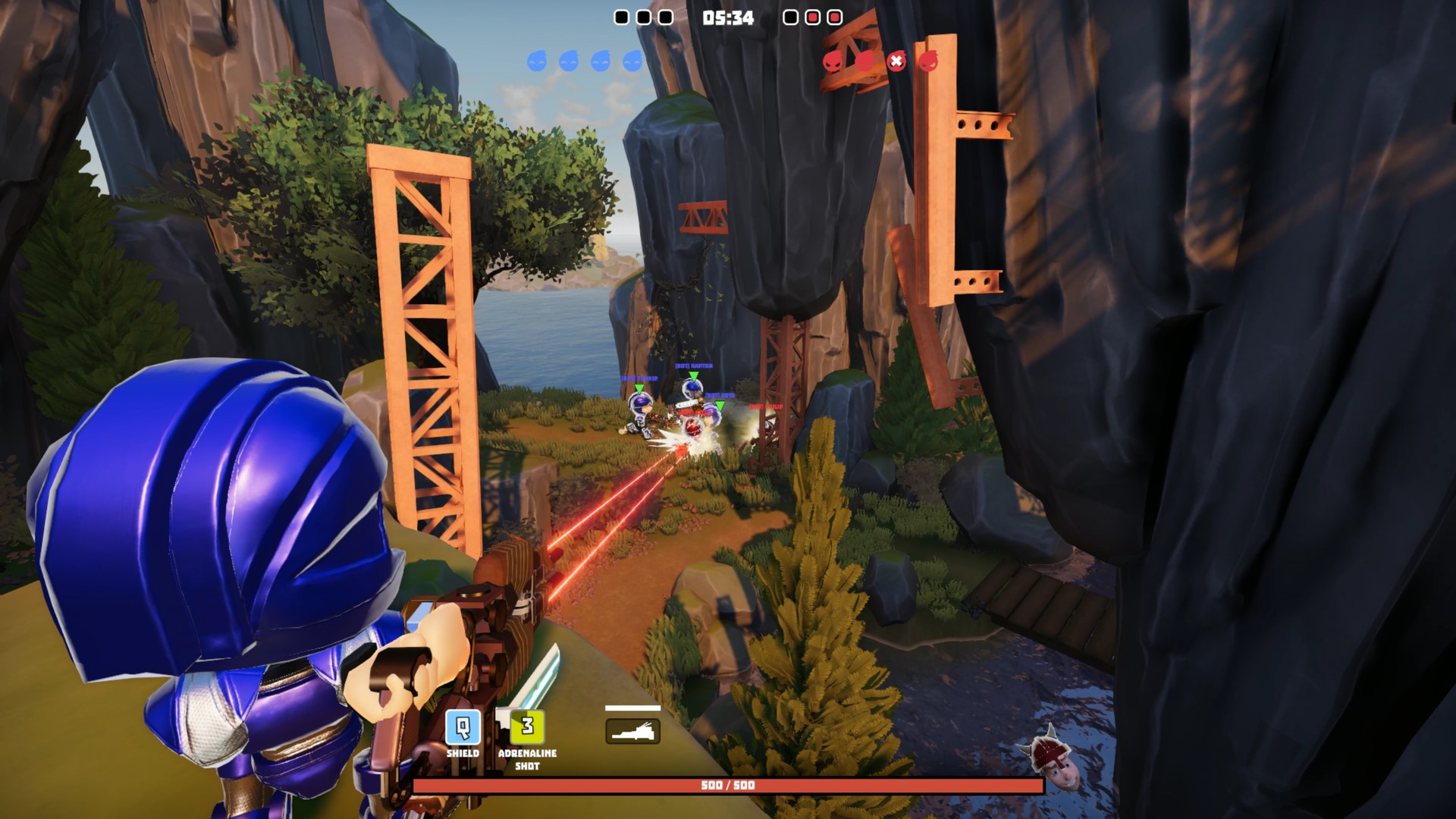 Indie studio Flamebait Games has a fascinating mantra at its core.

The idea of ‘delivering strange games to the masses’ is what motivates the Swedish outfit. They have proved games can be both popular and distinct, delivering highly creative titles like Passpartout: The Starving Artist, which is in equal parts silly, surreal and hilarious.

Currently Made up of a team of seven, Flamebait has a true indie origin story, having been formed in 2016 by a group of student friends. With its latest game Forge and Fight! - currently in early access - the studio has leveled-up its ambition, in-part inspired by the success of an early prototype of the game, which proved to be extraordinarily popular. A yearning to make Forge and Fight! a hit lead Flamebait to actioncy. But before we look at the marketing effort, let’s consider the game itself.

Forge and Fight! asks players to assume the role of ‘blacksmith gladiators’ who must create their own eccentric weaponry from gathered parts, before going into battle in online arenas, or in an open-ended sandbox mode. And being a Flamebait creation, it is packed with a bounty of playfulness and character. That might be part of the reason it is already so well reviewed by early adopters on Steam, celebrated by influencers, and eagerly anticipated by players the world over.

Of course, today great game design and distinct character are not enough to guarantee success. That is where Flamebait Marketing Manager Tomoko Miya comes in. Before welcoming Tomoko to the team in 2019, the Flamebait development staff shared marketing duties between them. Running without an internal marketing expert is not an uncommon story at growing indie studios that need to balance ambition with payroll budgets.‍

But as Flamebait and its ambition for Forge and Fight! grew, it was clear marketing focus was becoming essential - to give the development staff capacity to focus on making games, and to make sure the game remained present in the minds of players, press and influencers.

"I realised we needed a specialised marketing tool just for myself. I wanted something easy to access and use, that could also really help all of us."

That led Flamebait to actioncy. Tomoko may have been marketing ‘alone’ - negating the need to collaborate and coordinate with a huge marketing team. But at a studio like Flamebait, the development staff necessarily create and provide content for the marketing - while simultaneously needing minimal interruption to the game development workflow.

“I’m supported by our artist Niklas Bergwall, who makes all the creative assets for the marketing,” offers Tomoko. “But at the same time he is busy making art for all of our games as well. That means his time to give to marketing is limited. So I need to find ways to help him understand what marketing needs - the art we need, when we need it and so on - without complicating his work on the games.”

Furthermore, Tomoko strives to find a careful balance between guiding the devs supporting her, and giving them autonomy. After all, it is never the place of a marketing team member to assume they know every priority and task a developer has underway. And at a game development studio, creating games rightly tends to come first. As such, actioncy appealed because it helped focus and accelerate Flamebait’s marketing effort, while still giving the development team autonomy.

“Actioncy also lets me work much more efficiently myself. The requirements help me build a plan really quickly when compared with other marketing tools. That list of requirements lets me be flexible, but reminds me what I need to do; what I need to include."

"It’s very visual with the icons and so on, which also helps keep things clear for everybody. That ability to build a powerful marketing plan so quickly is something I’ve never seen another marketing tool do.”

Embracing actioncy has also let Flamebait work more effectively with freelancers, according to Tomoko, bringing efficiency and more impactful collaboration to those from outside the core team. As working with freelancers and contractors becomes increasingly common with small and mid-sized teams, that gain is increasingly meaningful.

Actioncy’s planning abilities - and particular the way it structures and highlights the key beats of a marketing plan - have also proved useful to a team making a live game like Forge and Fight!, while also serving previously released games that continue to be updated by the studio and discovered by new fans.

“The real key beat of a game is it’s launch, really,” Tomoko offers. “But when we have several games to manage, actioncy makes it very clear what priorities and key beats matter to which game. It makes it much easier to accurately manage multiple campaigns within a fairly small team.”

All of that adds up to time saved for Flamebait - through efficiency, clarity of planning and elegant collaboration.

“Saving time is the main advantage gives the whole team more time to do other things, like making our game’s great,” Tomoko concludes.

Forge and Fight! is due for a full launch this winter. Visit Flamebait for more.